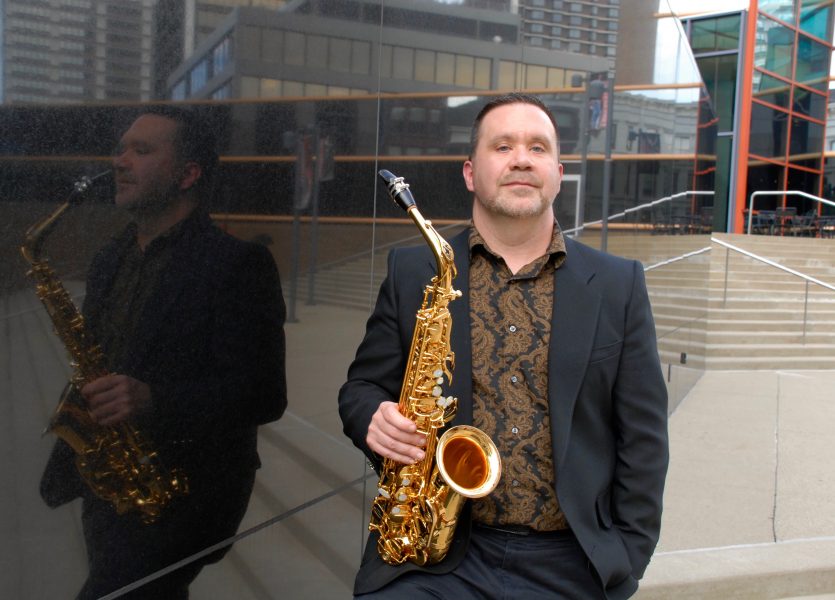 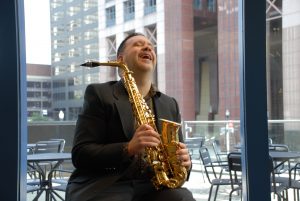 is currently a Selmer Paris endorsed artist and plays exclusively on Selmer Paris saxophones. Mr. Barnfield’s playing has been described as:

“having a warm and expressive sound that speaks melodies easily with complete control of the full range of his instrument. There is a unique intimacy to his playing that is a delight to the listener” -Paul Wagner, Saxophone Journal.

“One admires Barnfield’s virtuosity and his control of the instrument, but one never loses sight of the deeply felt musicality that underlies every phrase he plays”.  Henry Fogel-Fanfare Magazine.

Mr. Barnfield performs frequently with the Kentucky Opera and the Louisville Orchestra. He recently performed with Teddy Abrams conducting Walton’s Facade and was saxophone soloist on Milhaud’s Creation of the World.  Performances with the Kentucky Opera included saxophone soloist on Massenet Werther and Pevin’s A Streetcar Named Desire and the brand new Opera, Enemies: a Love Story.  Furthermore he has played most of the standard orchestral repertoire with saxophone and orchestra.  Mr. Barnfield has also been a soloist with several bands and orchestras throughout the region. His performances have included Aria and Allegro for soprano sax by Pascuzzi and most recently Heiden’s Diversion for alto sax and band.

As a recording artist, he can be heard on labels such as Mark Custom Recordings, Amos Recordings in Switzerland, New Dynamic Records and Centaur Records. Mr. Barnfield has championed new music by commissioning pieces from composers such as David Maslanka, Perry Goldstein, Daniel Powers and Peter Felice. Barnfield released his debut CD “Journey” on the New Dynamics Record label and his second album “Out of This World” is released on Centaur Records.  He is the soprano saxophonist of the DynaSax Quartet.

Mr. Barnfield teaches in the Jefferson County Public School System and is on faculty with the Indiana University Southeast Department of Music.  In 2018, he was nominated as a Grammy Music Educator.  Mr. Barnfield has also given numerous clinics at middle schools, high schools and colleges throughout the Midwestern United States. He also maintains an active studio of instruction for private students.